The control of odorous gases and the corrosion of sewers are the two most important problems in operating wastewater collection systems. Evaluation of existing or potential odor or corrosion problems, and identification of where such problems will occur is, therefore, highly essential. In sanitary sewer systems, odors are produced as a result of biological decomposition of organic matter, particularly those containing sulfur and nitrogen, under anaerobic conditions prevailing in the slime layer of gravity pipes, force mains, and wet wells. Hydrogen sulfide (H2S) and ammonia are the only malodorous inorganic gases produced from the decomposition. Other odor producing substances include organic vapors such as idoles, skatoles, mercaptans and nitrogen-bearing organics. However, H2S is the most commonly known and prevalent odorous gas associated with domestic wastewater collection and treatment systems. H2S DetectorTM extension for InfoSewer/Pro suite gives wastewater engineers a powerful Operations and Maintenance (O&M) tool to readily model and analyze entire sewer collection systems for sulfide generation and corrosion potential under varying conditions anticipated throughout the life of their systems.

Hydrogen sulfide has a characteristic rotten egg odor, is extremely toxic, is corrosive to metals, and is a precursor to the formation of sulfuric acid (which corrodes concrete, lead-based paints, metals, and other materials). The conditions leading to formation of H2S generally favor the production of other odorous organic compounds. Therefore, investigation of the conditions favoring H2S formation not only helps to quantify the potential for odor generation from other compounds, but also it aids in identifying potential corrosion problems in the collection system.

The occurrence of H2S in wastewater collection systems, other than that added from industrial sources and infiltrated groundwater, is primarily the result of the reduction of sulfate ion ( ), one of the most universal anions occurring in natural waters, under anaerobic conditions, as shown by the following reaction.

The molecular H2S, formed from sulfate reduction, dissolves in the waste water and dissociates in accordance with reversible ionization reactions, expressed as:

Prediction of the rate of sulfide buildup and corrosion potential is an essential element in the design of new sewer systems as well as in the evaluation of existing systems. The rate of sulfide buildup depends on a number of environmental conditions, including, concentration of organic material and nutrients, sulfate concentration, dissolved oxygen (DO), pH, temperature, stream velocity, surface area, and detention (residence) time. Accounting for all these environmental conditions, H2S Detector predicts sulfide buildup in sewer collection systems for gravity sewers, force mains, and wet wells using the Pomeroy-Parkhurst equations. H2S Detector enables wastewater utilities to pinpoint odor and corrosion problems, develop effective monitoring programs, alert plant operators and sewer maintenance workers to potential danger and the need to observe safety practices, and evaluate and implement effective control system such as aeration, chlorination, and mechanical cleaning. As described above, H2S is an acutely toxic material. It can cause serious health hazards even at very low concentrations. The physiological effects (i.e., toxicity spectrum) of H2S are summarized in the following figure provided by EPA.

These parameters are available when the H2S option is selected. Hydrogen Sulfide results are generated in addition to any other pollutants entering the system. Note that BOD must be defined as a pollutant and enter the system to simulate Hydrogen Sulfide generation and propagation.

Corrosion is one of the primary reasons that sewer systems lose their structural integrity. Corroded sewer pipes may allow greater inflow and infiltration into the collection system, further deteriorating reliability of the network by causing undesirable conditions such as surcharges and overflows, ultimately requiring premature replacement of the pipes. Corrosion of unprotected concrete or metal surfaces is primarily due to the production of sulfuric acid in sewer systems through oxidation of hydrogen sulfide gas by bacterial action on the exposed surfaces under aerobic conditions. This type of corrosion is commonly referred to as microbially induced corrosion. Corrosion in InfoSewerH20Map Sewer Pro suite helps wastewater engineers to predict the rates of corrosion of the sewer pipes in their collection systems under varying environmental and hydraulic conditions. It enables them to pinpoint corrosion problems, prioritize repairs, specify corrosion resistant materials or select other forms of corrosion protection (e.g., protective linings).

As previously described in the hydrogen sulfide section, some of the soluble H2S available in pipes may escape into the sewer atmosphere and transferred to the pipe walls above the wastewater surface. It will then be taken up as it comes in contact with the damp surfaces of pipes. The H2S retained in this dampness is then converted to sulfuric acid by aerobic bacteria, as described in the following reaction:

In addition to the concentration of acid present, the corrosive effect of sulfuric acid varies according to the type of pipe material used and the ambient temperature. Cementitious pipes, including ferrous pipes with mortar lining, experience a reaction that converts the surface material into a pasty mass, which is primarily a calcium sulfate (CaSO4), commonly referred to as gypsum. This pasty mass may fall away and expose new surfaces to corrosive attack. Ferrous pipe materials may experience surface reaction in which a portion of the material is dissolved and a portion is converted to iron sulfide, yielding a hard bulky mass that forms on the exposed surface. A warm and humid environment creates good condition for microbial induced corrosion.

The rate of pipe corrosion depends upon the rate of sulfuric acid production, the amount of the produced sulfuric acid that reacts with the pipe material, and the alkalinity of the pipe material. Sulfuric acid production is related to the amount of hydrogen sulfide gas that escapes to the sewer atmosphere, which in turn depends on a number of environmental and hydraulic conditions previously described in relation to hydrogen sulfide buildup, partitioning, and release. Corrosion PredictorTM uses the following equations to estimate rate of corrosion for cementitious (cement-bonded) materials and ferrous materials in gravity sewers. In force mains, where the lines flow full, there is generally no internal corrosion since generation of sulfuric acid is prevented.

k = coefficient of efficiency for acid reaction considering the estimated fraction of acid remaining on the wall May be as low as 0.3 and approaches 1.0 for complete acid reaction

A = alkalinity of the cement-bonded material, expressed as CaCO3 equivalents. Approximately 0.18 to 0.23 for granitic aggregate concrete, 0.9 for calcareous aggregate, 0.4 for mortar linings, and 0.5 for asbestos cement.

are consistent with the definitions given above. The default values used by Corrosion PredictorTM for k and A are 0.5 and 0.5, respectively.

These parameters are available when the Corrosion option is selected. Corrosion results are generated in addition to Hydrogen Sulfide and any other pollutants entering the system.

Cement-bonded Alkalinity - The alkalinity of the conduit material expressed as CaCO3 equivalents (for cement-bonded materials only). This value approximately ranges from 0.18 to 0.23 for granitic aggregate concrete, 0.9 for calcareous aggregate, 0.4 for mortar linings, and 0.5 for asbestos cement.

Acid Reaction Coefficient - The coefficient of efficiency for acid reaction considering the estimated fraction of acid remaining on the wall. This value could be as low as 0.3 and will approach 1.0 for a complete acid reaction.

Relative Saturation - The relative saturation of Hydrogen Sulfide in the air compared to equilibrium concentration (typically 2 to 20 percent), expressed as decimal fraction.

Biochemical Oxygen Demand (BOD) is the most widely used parameter of organic pollution in sanitary sewer systems. The ability to model BOD is of great importance in wastewater engineering to assist wastewater utilities in (1) estimating the quantity of oxygen required to biologically stabilize the organic matter present; (2) determining the size of wastewater treatment facilities; (3) evaluating the efficiency of the treatment process; and (4) ensuring compliance with wastewater discharge permits (Tchobanoglous 2003).

InfoSewerH20Map Sewer Pro models the rate of BOD oxidation (exertion) throughout the collection system using first-order kinetics with the rate of oxygen utilization being proportional to the difference between the amount of oxygen used and the ultimate BOD as:

The value of the first-order reaction rate constant k varies with the type of waste and normally ranges from 0.05/day to 0.46/day or more, with a typical value of 0.23/day. This constant can also be expressed as a function of temperature as: 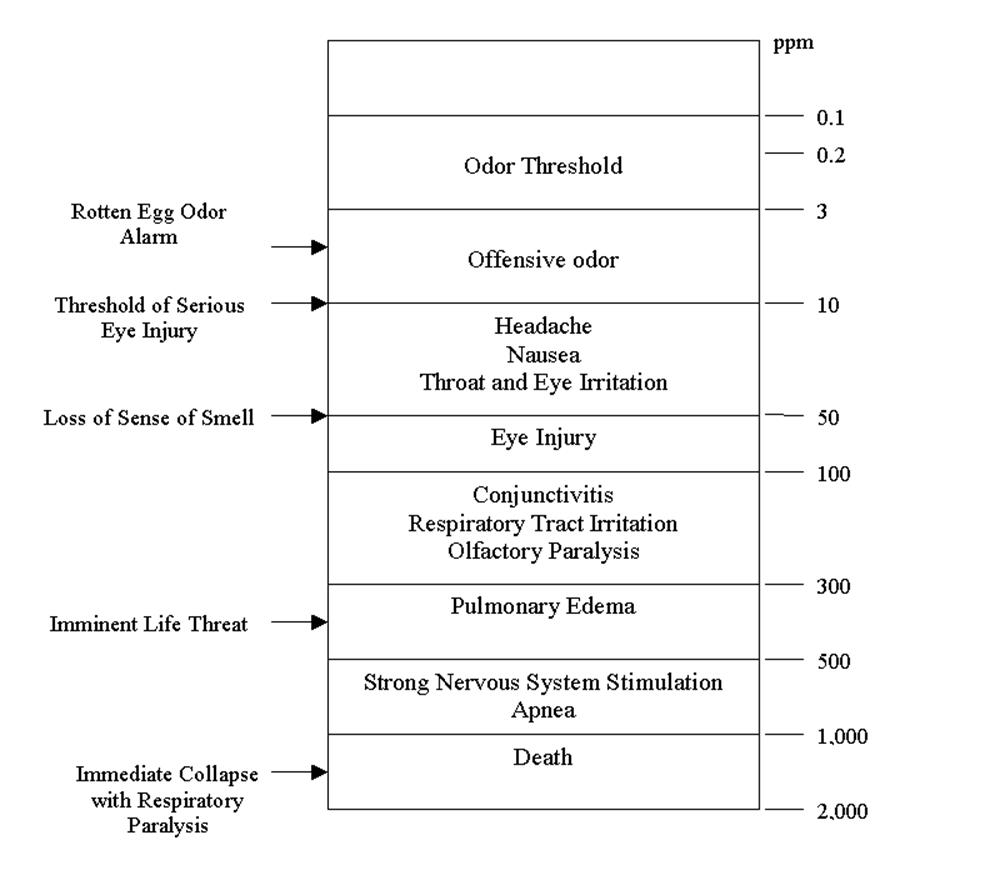 Comment (1) on “Hydrogen Sulfide, Corrosion and BOD5 in Innovyze InfoSewer”

To me, the name and reputation of the company I work for, Autodesk, conjure up images of enchantment. I am an Autodesk Technologist for ICM (SWMM5 and InfoWorks) – 1.75+Years at Autodesk, 15+ Autodesk/Innovyze, 20+ SWMM5, 45+ SWMM2345, Chair/TAC at CIMM.ORG, SWMM456.COM, Autodesk Technology, YouTube @SWMM5

What does this mean – it means I have long been associated with SWMM and have blogs, two Twitter accounts, and a YouTube Channel to explain SWMM.

Here are my Recent Articles on LinkedIn